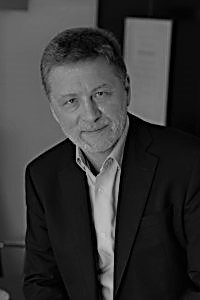 After completing the law education at Zagreb University Law School, Mladen obtained Master of Intellectual Property degree at Franklin Pierce Law Center in Concord, NH, USA. He spent two years as a trainee and one year as an associate at Hanzekovic Radakovic Law Offices in Zagreb. He was a visiting lawyer at: Fenwick & West in Palo Alto, CA, USA; Monahan Duhot in Paris, France and Pavia e Ansaldo in Milan, Italy. In 1991 he founded VUKMIR & ASSOCIATES. In 1992 he acted as an expert adviser to the Croatian State Intellectual Property Office Zagreb, at the time of its founding. Subsequently he was appointed a patent and trademark agent, admitted to practice before the CSIPO and European Patent Office. He has been appointed by the Government of the Republic of Croatia to serve as a member of the Board of Appeals for Patents and Topographies. He advised on preparations for the Manual on Technology Transfer at UNIDO. Mladen is a member of AIPPI, IBA, ITechLaw, GALA, INTA, LES, UIA, and the Standing Committee on Expertise at ICC International Chamber of Commerce. Additionally, Mladen is currently serving as the First Vice President, and a Council Member of ECTA, as well as the Supervisory Board Member and Chair of the Croatian Patent and Trademark Agents Bar. He is an adjunct lecturer at Georg-August-Universität, Göttingen. Mladen wrote numerous articles and lectured on various topics on intellectual property, including regular teaching as an adjunct lecturer at the University of Zagreb Faculty of Law graduate and postgraduate courses. He is an arbitrator on the Panel of domestic disputes at the Permanent Arbitration Court at the Croatian Chamber of Commerce, panelist on the UDRP Domain Name Panel at WIPO Arbitration and Mediation Center, a distinguished neutral on the CPR Panels of Neutrals and at the INTA PON and is an IMI certified mediator. Mladen also served as a consultant to various domestic and international organizations such as the Croatian Government (Ministry of Science and Technology), the World Intellectual Property Organization (WIPO), the World Bank and the European Commission (CARDS 2002 and IPA 2009 programs) and GLG Council. He is appointed General (Hon.) Royal Danish Consul in Zagreb (decorated Knight of the Order of Dannebrog).